Andrew Demidenko Mar 22 05:56AM -0700any news?On Saturday, May 21, 2011 3:22:53 AM UTC+6, David Turner wrote:Romain Guy Mar 23 12:18AM -0700The emulator itself supports OpenGL ES 2.0 already with the -gpu flag,but it requires a system image with adequate drivers. There is no ETAat the moment. FWIW, I gave a demo of the emulator running with x86and OpenGL ES 2.0 at the GDC in San Francisco a couple of weeks ago.-Romain GuyAndroid framework engineerromainguy@android.com. Harshad Mar 22 09:50PM -0700Hi,I am trying to migrate to the newly released SDK and ADT 17 from my earliersetup of SDK 12. (I couldn't use the intermediate SDK releases because ofsome problems that were fixed only in SDK 17). One of the problems I amfacing now is that Projects which use an Android Library Project are notbuilding properly.From what I understand, in the newer SDKs, the Library project needs to becompilable by itself, while in earlier versions that was not necessary.

Inearlier versions, the source code from the library projects was merged withthe final project and then compiled. Is that correct?For example, if I have the following files:.Free Project / A.java.Pro Project / A.java.Library Project / B.java. // Refers to A.java.This used to work fine in earlier SDKs and allow me to keep common sourcecode between free and Pro versions in the Library Project. But this isn'tsupported now. Is my understanding correct? If so, what are the bestpractices for handling such a scenario?One idea is: add a dummy A.java to the Library Project so that the libraryproject compiles. I am hoping that the A.class from the Library Projectwill get overridden by the A.class from the dependent projects.

Could therebe problems with such an approach?thanks,HarshadNikolay Elenkov Mar 23 02:03PM +0900 compilable by itself, while in earlier versions that was not necessary. In earlier versions, the source code from the library projects was merged with the final project and then compiled.

Is that correct?Library projects now (since ADT15?) produce a jar. Linked sourcefolders are now longer used, so there is no code merging. Free Project / A.java Pro Project / A.java Library Project / B.java // Refers to A.javaDon't refer to A.java directly. Put an abstract class or interfacein the library project, different implementations in the app projects,etc. project compiles. I am hoping that the A.class from the Library Project will get overridden by the A.class from the dependent projects. Could there be problems with such an approach?You will probably get errors when converting to dex because of the duplicateclasses.Harshad RJ Mar 23 12:47PM +0530On Fri, Mar 23, 2012 at 10:33 AM, Nikolay Elenkov wrote: Library projects now (since ADT15?) produce a jar.

Linked source folders are now longer used, so there is no code merging.Thanks Nikolay for confirming that. Don't refer to A.java directly.

Put an abstract class or interface in the library project, different implementations in the app projects, etc.That is a good solution when there are few well separated classes. In mycase there are many intricate dependencies which makes this cumbersome.I found a workaround. I moved the contents of the.src.

folder in theLibrary project into a new folder called.libsrc. (some name different fromsrc).

I then link this folder into my dependent projects (Project -Properties - Java Build Path - Source - Link Source).So, Eclipse does the code merging now, instead of the Android SDK. Workslike a charm and I didn't have to make any changes to the source code!Another benefit is that when I try to navigate to a class (with sayCtrl+T), I don't see duplicate classes from the Library project. Ditto forduplicate errors, search results, etc.The only hitch is I haven't figured out the Ant equivalent of this. (I maynot need it anyway since the new SDK+ADT has good Proguard support).cheers,-Harshad RJ.

Steve Garon Mar 22 07:16AM -0700Hi Android developers,I really loved the new gmail list view interface and though I could usesomething similar for my app but ran into a bit of problem. The goal I'mtrying to achieve is to have a ListView with checkboxes on each items thatif I click the list view item it open the detail view for that item and ifI click the checkbox it triggers the action mode. I got that working but myproblem is that the surface to check the checkbox is too small and it isdifficult to actually press at the right place.I've attached picture highlighting the touch areas for my app and for thegmail app.

Blue represent the surface that if pressed will check thecheckbox and red represent the surface if pressed will open the detail viewof the selected item.My App: (As you can see, the checkbox surface is really small)Gmail App:Next is my template for a list item. I use a horizontal linear layoutto delimit the checkbox section and the item detail section. I would likethe first part of my horizontal layout to to trigger the checkbox like itdoes in the gmail app. I really hope someone can help me fix that problem. I'm sure its reallysimple and its just something I overlooked or didn't understand properly.Thanks in advance,Steve. BoostHungry Mar 22 09:27PM -0700I'm designing an application for tablets that utilizes a WebView in afragment on half of the screen, but I am having issues with the WebViewwhen videos attempt to play.

It does not appear thatI have control over the videos canvas. Is the Android WebView telling thepage incorrect size and location information?An example of my source code can be found on StackOverflow here:A screenshot of my issue can be seen here (Notice the apparent canvas ofthe video relative to the screen):Can anyone help me with this issue so my WebView can display videoscorrectly? I'm not opposed to setting static sizes and locations ifdynamic sizing is not possible, although I would love to be able to use thestandard Android sizing standards, I just want the videos to play in theircorrect locations. MadihaKhalid Mar 22 12:50PM -0700i just want to know that how i could develop an android application whogive remote access to other Android mobile.I just want to know the ways of implementing an application through which Ican access.Another Android device.

including all the events that happenson the host device(just like TeamViewer for desktop).is there any protocol for Android device sharing? (Note: I would like todo it using internet)please let me know any idea about it?

Jaden Pak Mar 22 10:53PM -0700When I received RSS content from a News source, I found that there aresome unicode expressions in the String.The format of expression is like '&#nn;'Result announced 'New products are.' 'Because there is no problem like this from all other the news sources,I think this is not the common case,Anyway, what I want now is extracting these expression from thestringand if possible converting into characters which can be viewed inTextView.I want to know how to handle in normal way with Java or Android.Thanks in advance!!! Bharath Mar 22 09:28AM -0700I have tested my application on various mobiles. My application mainfunctionality is taking picture and recording video through camera.

Ididn't faced an issue on most of the mobiles. But I faced the issue onMotorola DROID RAZR. My application working fine when i taking thepicture. 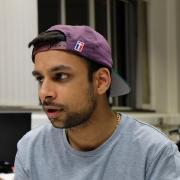 CAMERA: HD camera, 8MP.3. Xhy Mar 23 02:45PM +0800Hi all,The system reset many times recently which in the dalvic layer. Iget that the watchdog of framework layer killsActivityManagerService or WindowsManagerService from log info. Shajahan Mar 22 11:39PM -0700I am trying to launch browser with the specified URL. It works fine ifit's web URL, but when the URL detected to be a video(say YouTubevideo) then it come up with choices to make between the browser &YouTube App installed in the device. Instead of this how to force thisbehavior to have the URL to open in DEFAULT Android phone's browser.Uri youTubeUrl = Uri.parse('v=qC5W69uaoTA');Intent launchBrowser = new Intent(Intent.ACTIONVIEW, youTubeUrl);Any ideas?