Two whole civilisations inside one compact, rectangular box, each one a marvel of architecture, culture, art and mythology, each one the inspiration for some of the most addictive games ever created: Caesar III and Pharaoh. If god games are your thing, you won't find anything more divine than these two titles.

The excitement of seeing new buildings constructed, trade routes bringing riches to your populace and the sheer wonder of the city buzzing with majestic, slave-driven life will keep you joined to your PC in a symbiotic relationship that will last 24 hours a day.While Pharaoh is slightly more advanced and corrects many of the annoying gameplay hitches found in Caesar III, building up a city full of coliseums, libraries and theatres is more engrossing than playing with sand and waiting years to build a pyramid. It also becomes too taxing to have all the gameplay hinging on the tide of the river Nile. 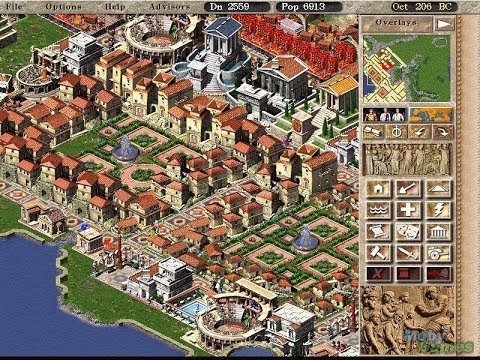 Realistic, but not necessarily entertaining. It also fails to explore the darker side of Egyptian life (and no, we don't mean The Mummy). By contrast, Caesar 3 represents the pinnacle of god simulations, despite the mentioned hitches (such as spending too much time putting out fires and watching your building crumble). If you haven't got either title, you should consider this box set a must buy.